The final event to publicise and disseminate the achievements of the PARTHENOS project was held in the beautiful National Museum of Rome on Friday 4thOctober. The programme had been designed to highlight the impact PARTHENOS has made on the Humanities Community and there were plenty of testaments to illustrate this. After a welcome by Prof. Franco Niccolucci of PIN and Simonetta Buttò, the Director of the Ministero dei Beni e Delle Attivita’ Culturali e del Turismo (MiBAC-ICCU), Jennifer Edmond of Trinity College Dublin (TCD) provided an uplifting overview of the Training Suite, quoting some of the very positive comments received by end users. The modules will continue to be available on the Portal and will be maintained by DARIAH after the end of the project. 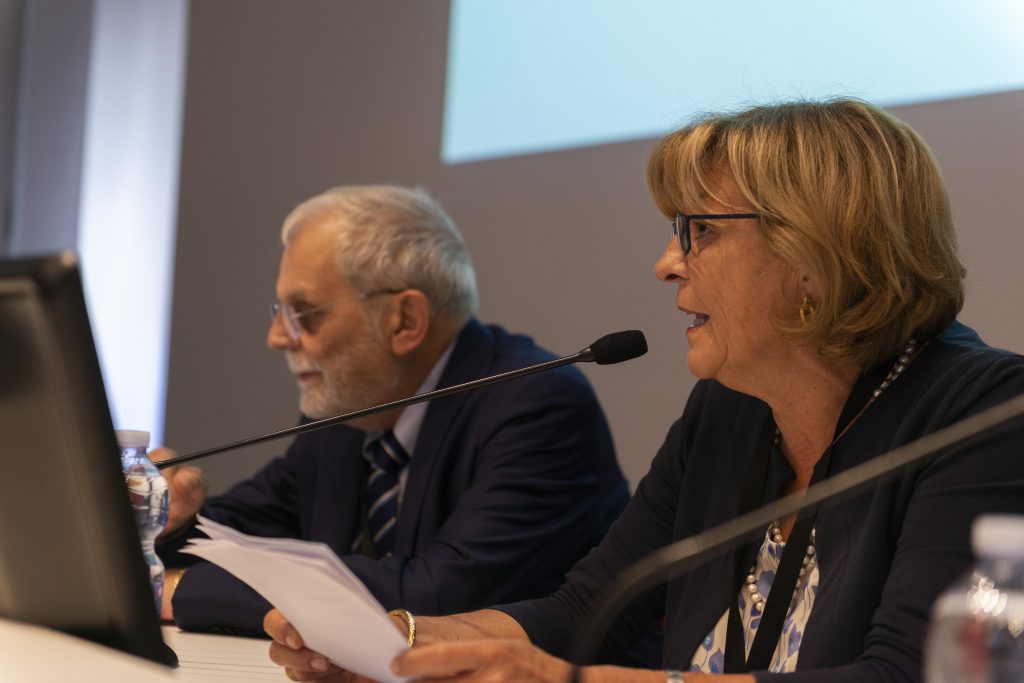 Francesca Morselli (KNAW-DANS) then talked about the guidelines developed by WP3 for “FAIRifying data” which have proved to be very popular and are now being translated into a number of other key languages such as German, French, Greek and Hungarian. Frank Uiterwaal presented the SSK on behalf of WP4 and also showed the short professionally produced video which had been made to promote it. As DARIAH originally identified the need for support with the use of standards in the Humanities, the organisation will adopt the SSK, guaranteeing its sustainability. Achille Felicetti of PIN followed with a talk about the PARTHENOS Entity Model, explaining how this had been created to help integrate diverse sets of data and how it is now being taken up by other Research Infrastructures projects such as ARIADNEplus and SSHOC as a working data model.

As there was time before lunch, two external end users had been invited to talk about their experiences of using PARTHENOS outputs. Katerina Zourou of Web2Learn in Greece explained how she had heard about the Training Suite from Ulrike Wuttke (FHP) at the FOSTER bootcamp in Barcelona and had also met Eleni Gouri from the Academy of Athens at the DARIAH meeting in Paris where she found out about the project. She found the training modules very useful, especially Citizen Science since Web2Learn is involved in several projects, along with some of the other tools such as the Policy Wizard. Nenod Jončić from the University of Primorska Faculty of Humanities / Odzaci Museum described how he had attended the workshop entitled “Share-Publish-Store-Preserve Methodologies, Tools, and Challenges for 3D Use in Social Sciences and Humanities” which was held in Marseille in February 2019. He had applied what he had learnt about 3D models for the preparation of an archaeological exhibition in the Museum unit Odzaci, Serbia and will also be able to apply everything he had learnt to his doctoral thesis. The last item before lunch was a short video prepared by Kristen Schuster of King’s College London (KCL) who described how she and Vicky Garnett (TCD) had developed training materials for the Digital Humanities MA course she teaches at KCL and some of the projects that resulted from this work.

Following lunch, Mark Hedges presented the Foresight Study, briefly explaining the background theory and methodology that PARTHENOS used before proceeding to a summary of the findings and recommendations for future action. He emphasised that Foresight is an on-going activity and that the project hopes that the current work will be taken up and continued as a general Humanities activity. Bente Maegaard, wearing her ESFRI hat as the current chair of the Strategy Working Group on Social and Cultural Innovation, addressed the subject of international collaboration and its increasing importance for Research Infrastructures and researchers. The building of international networks stretching to countries outside of Europe is not always without its challenges, but it is certainly welcome that the H2020 programme funding has been extended to organisations outside the EU. Finally, Bente mentioned some of the past and current projects coming out of ESFRI and set the scene for the Panel which was hosted by Steven Krauwer of CLARIN. The panellists came from across the world,  providing some alternative viewpoints from Australia (Simon Musgrave, Monash University), South Africa (Juan Steyn, SADiLaR) as well as France (Adeline Joffres, Huma-Num) and the UK (Mark Hedges, KCL) regarding the role of Research Infrastructures for collaboration and co-operation. 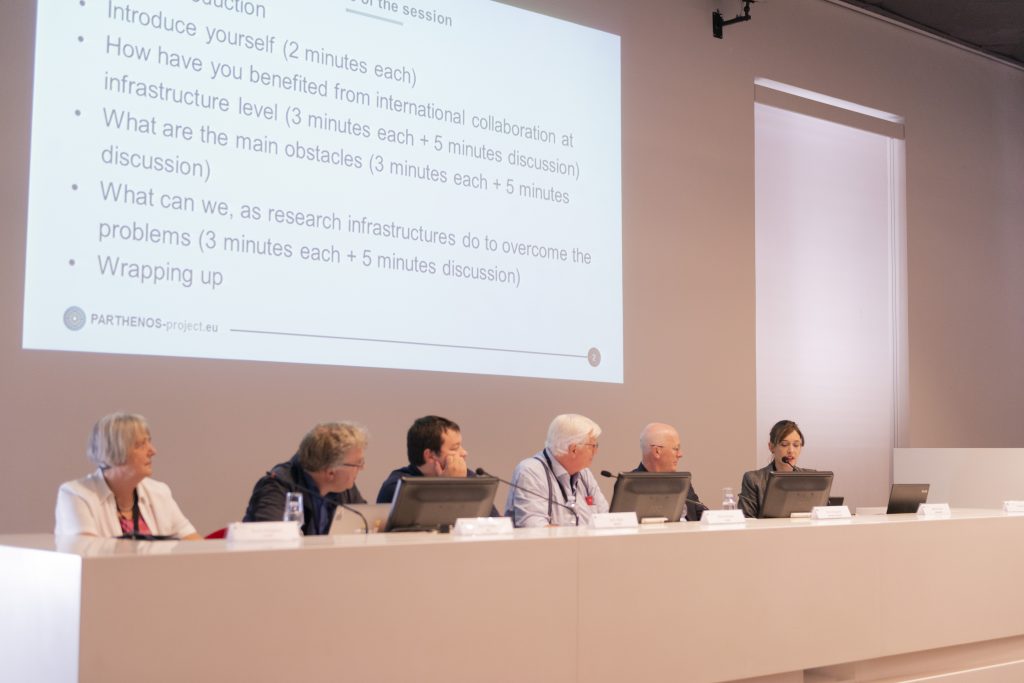 Prof. Franco Niccolucci brought the event to a fitting close with the launch of a short, animated, explanatory video about the mission of PARTHENOS. This video has been especially designed for a wider non-professional audience to make sure that the added value of the project is well-understood beyond the run-time of the project and beyond an academic audience. The video will feature on the PARTHENOS homepage for time to come. Concluding the event, Franco summarised the success of the project and thanked everyone for their contributions and attendance.